Last weekend I did my third ridge runner weekend of the season. It was a hot and steamy one! It was also during the thru hiker bubble and I met about 40 thru hikers – both north and southbound. Two of them were under 10 and hiking the whole trail with their dad. They likely did many more miles than me that day! I met several section hikers as well as a few day hikers. I got to do the climbs to St John’s Ledges and Caleb’s Peak TWICE – once up and once down.

I just missed the heavy rains Saturday morning and the only rain I had was overnight. Though to be honest I wouldn’t have minded a little as it was so hot and steamy. However I did NOT want any rain while doing the climb up or down the ledges! I got thanked by several hikers for my work which always feels good! I also found a bunch of thru hikers stealth camping, one even right next to the shelter site which I figured they didn’t know was 10 yards up the trail! Those that I did speak to about it were very apologetic and explained they were pushing miles and didn’t want to go down the ledges in the dark as it was already after 11pm when they set up. We have very specific rules about camping in designated areas, and plenty of campsites on our stretch. This is because of the narrow corridor in our state. If you’re not in a designated site you may just be camping on someone’s private property. And it becomes a bigger issue if you’re used to breaking rules in that you may break others which could lead to damage to or littering on private property. On the upside, it’s also why our section is so beautiful and clean.

I cut two blow-downs, one which was very difficult as it was above me so it took a lot of upper body strength (not my strongest area) to cut.  I hiked with one of the thrus for a while and at his pace covered 2.5 miles in about 40 minutes! I had to eventually take a break as I don’t quite have thru hiker legs. But we leapfrogged a few times and I did see him at the shelter taking a break when I arrived to set up my camp for the night. The water sources were raging from all the recent rain. But with the current heatwave I’m not sure that will last. There was trail magic when I arrived at the trail head Sunday and while I never drink sodas anymore, an ice cold Coke sure hit the spot after 7+ steamy miles including the big climbs followed by several smaller ones to get back to my car. About 1,440ft of vertical over 4 miles, with 1,000 of it in the first 1.2 miles! I did that each day but in reverse on this day.

I will be back out again mid-September. In the meantime, Fielden Stream and I are planning to finish the last 13.5 miles of Massachusetts over the highest peaks in the state. We look forward to a lunch mid-hike at the Bascom lodge, and are going to take our time as these will be the highest climbs and elevations for us yet to date together. 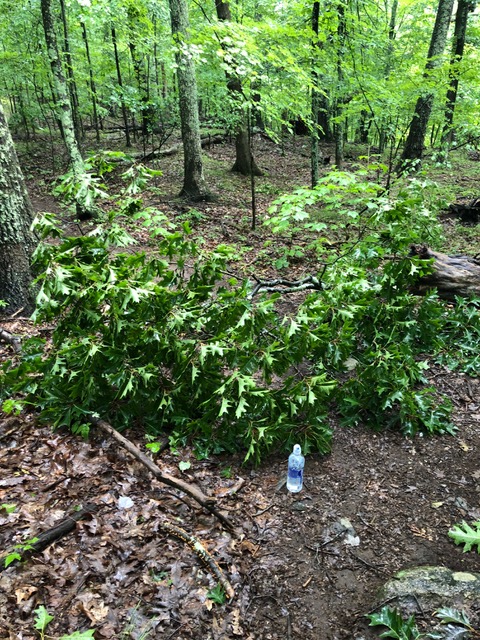 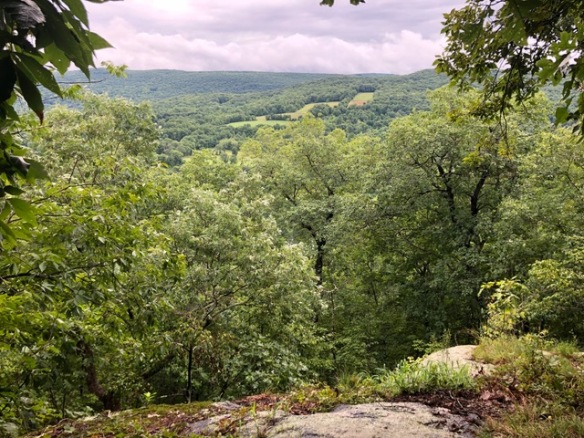 View to Kent from Fuller Mtn

View to Kent from Caleb’s Peak 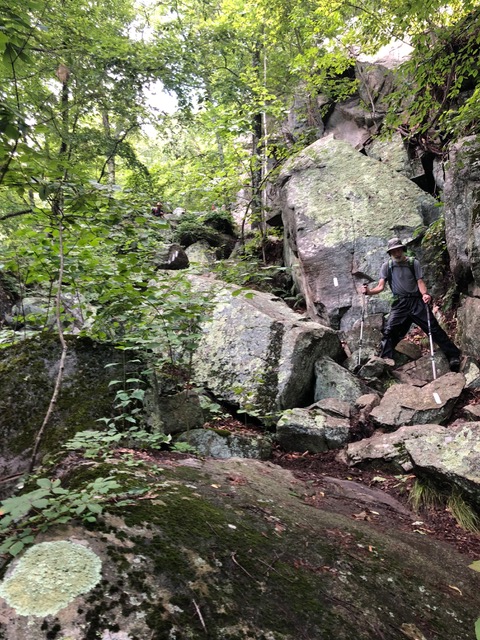 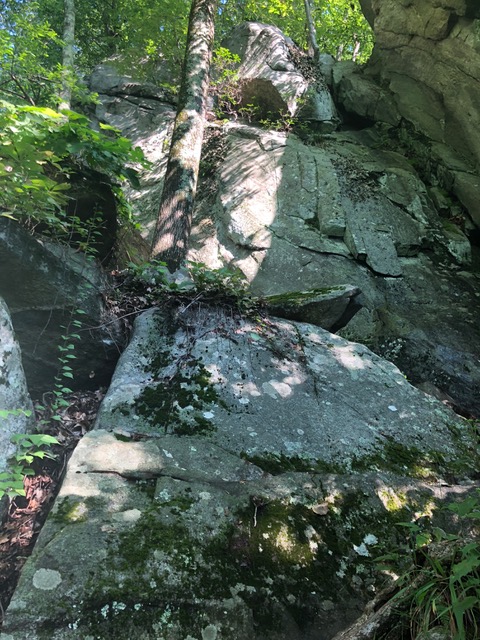 Even more of St. John’s Ledges

This frog jumped on my hand during the climb! 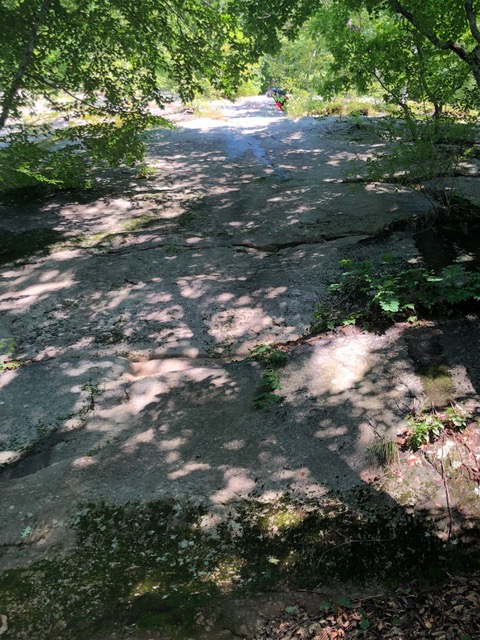 Rock climbers on the cliffs at St. John’s Ledges 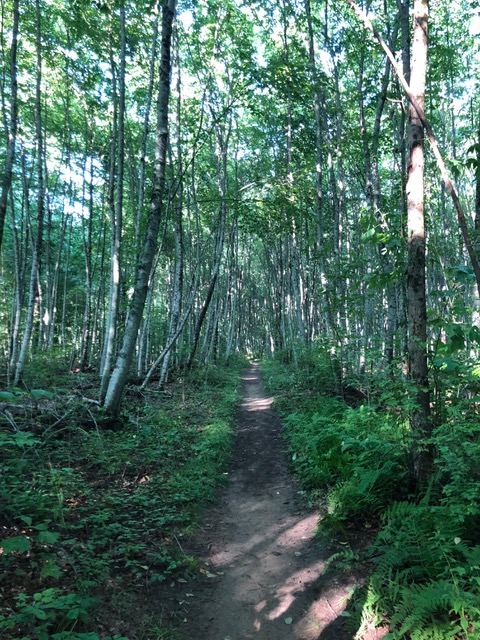 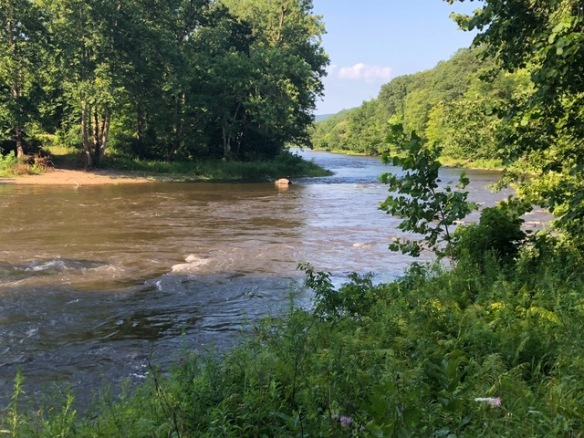 Morning along the Housatonic

Morning moon over the A.T.